Argyll Etkin’s Spring Auction began with a superb group of flight covers with a 1926 Cairo to Cape Town survey flight making £1,750. This was followed by a 1927 cover from London to Mongalla, Sudan which reached £1,900 and a 1931 cover flown from Cape Town to London by Peggy Salaman which reached £2,500.

A 1935 South African cover bearing 3d and 6d Silver Jubilee stamps flown by Mrs Jill Wyndham and David Llewelyn made £3,200* (lot 16). The pinnacle of the Airmail section was a 1936 cover flown by Amy Johnson, the renowed aviatrice, from Gravesend to Cape town and back to Croydon with two circular Capetown Municipal Airport / Wingfield cachets dated 7th May (arrival) and 10th May (departure) and signed by her. Spirited bidding saw this remarkable cover sell for £6,300* (lot 17).

A crash and wreck cover from Sierra Leone to London with a Damaged by Fire in transit, from the BOAC flying boat from Lisbon that crashed into Mount Brandon in Ireland, realized £800.

Moving to China, a delightful 1912 block of the 1 cent with red Republic of China overprint with four stamps missing the overprint sold for £1200* (lot 218). A remarkable registered cover to Chefoo, China with the rare Chefoo officially sealed cachet and seals, made £4,600.

Africa saw Kenya Uganda Tanganyika 1933 Essays by Vic Groves for three airmail stamps sell for £1,150. An early 1819 pair of letters from a conscript serving on the Eastern Frontier, Cape of Good Hope written from Grijhamstad (Grahamstown) sold for £2000 while a correspondence between 1822 and 1833 concerning slavery in Uitenhage made £3000.

An 1876 manuscript cancel from Kommaggas in Namaqualand made £1,050 while a page from a ship’s Captain’s Log Book with four 1d Cape triangulars sold for £880.

Zanzibar saw a 1916 registration envelope with RNAS censor knocked down for £1300. The Great Britain section began with an 18 page manuscript of a paper written by Francis Freeling in 1804 on how to increase Post Office revenue which sold for £800.

Ship letters saw some rare items with a 1798 manuscript ship letter of Bervie, one of just two recorded examples, which sold for £4,200* (lot 861).

The celebrated 1d Mulready envelope in a complete uncut sheet of 12 sold for £2,100. An 1866 entire letter from Leeds to Saxony charged an extra 2d for sending by the special â€˜northern towns’ train to London sold for £1,100.

The fabulous 1844 cover with two clear Channel Islands Maltese Cross strikes of which only 14 examples were recorded in the Rockoff and Jackson listing reached £11,300. * (lot 1053).

An 1842 entire from the French postal agent in Jersey to Paris requesting a supply of wrapping paper and sealing wax given the large volumes of express packets every day to St. Malo and Granville brought £1,000.

A Jersey 1943 set of 6 presentation die proofs made £1,100. The Jersey 1969 inauguration of Postal Services proofs including unissued designs on Harrison cards made £1300.

Finally a delightful entire letter dated 1831 from Jonathan Duncan on Herm sold for £1,100.

A remarkable sale with many unique or distinctive items. 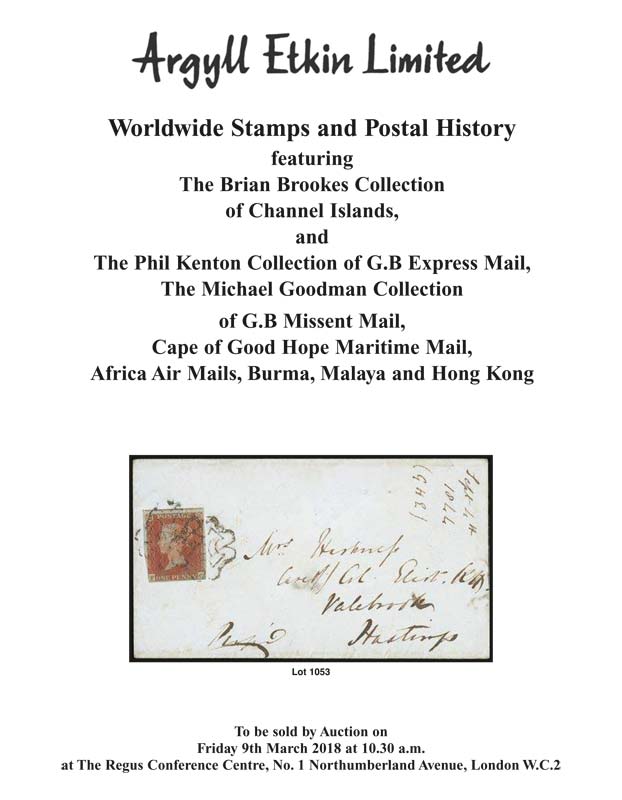 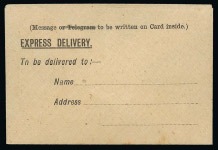 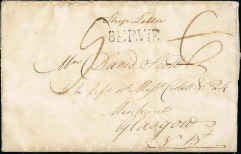 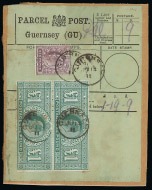 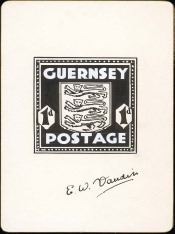